In the summer of 1995 a group of six Motor clubs got together near Chester with an idea of setting up reciprocal marshalling agreements and joint social events. As the discussions progressed those present soon got around to the possibility of co-promoting a non-forest multi venue stage rally.

So a team was put together in order to research and negotiate for possible venues and each club put a couple of hundred pounds in the pot so that there was an initial fund to get the event of the ground. The group of clubs was initially called the Consortium of Cheshire Motor Clubs but with no formal recognition by the MSA the permit for the first event would have to be applied for by one of the recognised clubs. It was agreed that the event would be non-profit making and would raise money for Charitable causes, which would help to promote it.

Following two years of discussions and searching for possible venues as far South as Whitchurch and as far North as Preston the first North West Stages was finally launched in November 1997. The team, headed up by Clerks of the Course Richie Pearl and Dave Read, put together a route of 45 competitive stage miles using four venues in Lancashire and Gtr Manchester. The new rally was based at the Park Hall/Camelot complex near Charnock Richard and also used the Three Sisters Race Circuit, Leyland Test Track and Haigh Hall Country Park (Pictured). The last two venues were new to club rallying although a stage of the Lombard RAC Rally had used Haigh a couple of times in the eighties. Money was raised for the Roy Castle Lung Cancer Foundation, a high profile charity based in Liverpool.

That first event attracted 84 crews and the feedback was fantastic with many just unable to believe that an event of that type could be run in such a heavily populated area. The rally was won by Chris Wood and Lee Carter in their MG Metro 6R4 but the entry list also attracted a number of the top asphalt rally drivers including Peter Lloyd, Eian Pritchard, Lyndon Barton and Steve Petch.

The organising team then wanted to build on the success of that first event but a certain amount of ‘politics’ came to the fore. Following the loss of Park Hall as a stage venue and rally HQ combined with difficulty in getting a commitment from Leyland Test Track, it was decided to just run a single venue rally on the anniversary date in Nov 1998. That would keep the team together while they regrouped. It was at this stage that a new organisation was formed ‘Motor Sport (NW) Ltd’ with the sole purpose of promoting the North West Stages Rally.

So the 2nd North West Stages Rally took place in February 1999, this time based at Leasowe Castle, Wallasey. Once again it used 4 different venues with the organisers having secured another new venue to rallying, the old Burscough Airfield. That combined with Haigh Hall, Three Sisters and Wallasey Promenade meant that 60 stage miles were on offer. A pair of Promenade spectator stages were held on the Friday night with Police reporting an estimated 4000 spectators in attendance.

Unfortunately due to a number of outside influences and negative rumours being circulated from certain Motorsport quarters the number of entries was very low that year and the event was seriously at risk of being cancelled. Notwithstanding these problems the organisers bit the bullet and went ahead only for the event to be declared a major success, winning the accolade of ‘Best Event in the ANWCC Championship’ for the first time.

February 2000 was a major step forward for the rally. Active Air Conditioning agreed to become the major rally sponsor and the rally HQ was moved to the Novotel at Preston which allowed central servicing at the adjacent British Car Auctions. There was more good news with another two new venues to rallying being secured in the form of Hoscar Water Treatment Works and Clifton Water Treatment Works. These combined with stages at Weeton Army Camp meant that a total of 6 venues were run providing 67 stage miles.

Once again the event was declared a major success, receiving the award for the best event in the Welsh National Tarmac Championship for the first time. A further two clubs became members of Motorsport (NW) Ltd so the combined skills of 8 clubs were now organising the event.

After three years raising money for The Roy Castle Lung Cancer Foundation amounting to about £7000 it was decided that in 2001 the rally would partner Marie Curie Cancer Care as the major charitable benefactor. So in 2002 a similar event was run over the same six venues offering 70 stage miles in total.

By now the event had firmly established itself on the North West Rallying Calendar with a base at Preston and was seeing a full entry within days of the regulations being published.

In 2004 Legend Fires agreed to take over as main sponsor of the rally but by now the Burscough stage was starting to break-up quite badly. There were mixed feelings about the disused airfield, some competitors loved it whilst others hated it. After taking all opinions into consideration it was agreed that the venue was no longer appropriate for a sealed surface rally and accordingly it was dropped from the route. So for 2004 the Legend Fires North West Stages Rally, as it had become known, featured a high profile Preston City Centre Start, a compact 70 stage mile route with stages at Leyland, Clifton and Weeton.

The organisers then decided a serious rethink was needed for 2005 with additional stage venues needed to create the real challenge the rally had become known for. It was after some sterling work by the new assistant Clerk of Course, Mark Hothersall, that two new spectator stage venues at the Pontin’s Holiday Centre and on the North Promenade at Blackpool were established. This also meant that Rally HQ could be relocated to Blackpool, placing it together with central servicing and spectator stages ‘under one roof’ at Pontin’s. It also meant that 76 stage miles spread between five different venues could be offered to the competitor.

There was a serious setback at the planning stage of the 2006 event. Richie Pearl (Pictured), who had been the main driving force behind the event from its inception over ten years earlier, had been diagnosed with cancer. Sadly he was to pass away two months before the rally took place. Having decided that the event should go on as a tribute to Richie, Mark Hothersall was promoted to Joint Clerk of the Course along side Dave Read. To help ease their workload at this traumatic time Gerry Morris was brought in as an assistant Clerk of Course. With the addition of another new venue at Lytham Hall an ambitious two day rally was put together offering almost 100 stage miles.

Despite the two day rally in 2006 being a fantastic success and a fitting tribute to Richie Pearl it was decided that for 2007 the event would revert back to its traditional one day format. Still based at Pontin’s with continued backing from Legend Fires the rally offered almost 70 stage miles over five venues, Leyland Test Track having been lost to developers the previous year.

For 2008 the organisers secured another venue totally new to rallying, using part of the old ICI works at Thornton, so offering 80 stage miles in one long day, using six different venues in a compact overall route of only 120 road miles. The major ‘challenge’ for the organisers prior to the 2008 event was the sinking of the ‘Riverdance’ adjacent to the Promenade special stage, which resulted various last minute re-routes.

In 2009 it was decided to introduce a short night section on the Friday evening, meaning that every entrant was guaranteed some running in the dark. The same six venues were used again and competitors rated the new format and route the best yet. The weekend was by now firmly established as a very popular social weekend away on the rally enthusiasts calendar.

Plans for the 2010 event were well advanced when it was announced that Pontins, our base for the last 5 years, was closing. This created a major challenge for the organisers to find a new HQ, mindful of the fact that we wanted to retain the type of facilities we had enjoyed all in one place at Pontins.

So after much hard work over a frantic 8 week period it was announced that the 2010 event would run 2-weeks earlier and be based at the Norbreck Castle Hotel where the Norcalympia Exhibition hall would be used for scrutineering and an indoor Parc Ferme. Yet another new stage venue was secured with the introduction of the Fleetwood Spectator stage starting at the Marine Hall and the popular Friday evening/Sat format was retained.

Since then the event has grown year on year with other stages such as Fleetwood Docks being added. From the early days it was always envisaged that the North West Stages Rally would be a challenging and unique event. To this day the organisers are proud of the fact that it is well known as one of the toughest club rallies on the UK calendar bringing the feel of International Rallying to the club competitor. The event is now without doubt recognised as one of the biggest sealed surface rallies in England and are thankful for the continued support of Legend Fires.

In 2019 came the biggest change since the event began. Taking advantage of the updated Road Traffic Act legislation which allows Councils to close public roads for motor sport events, Motorsport (North West) organised what was only the second ever closed road event in England.

The process was challenging and took many thousands of man hours to achieve. The support that the organisers received from local councils, highways departments, emergency services and most of all the general public and local residents was overwhelming and resulted in a hugely successful event.

Organisation for the 2020 event is well under way with the organisers planning to build on the success of this year to make it bigger and better. 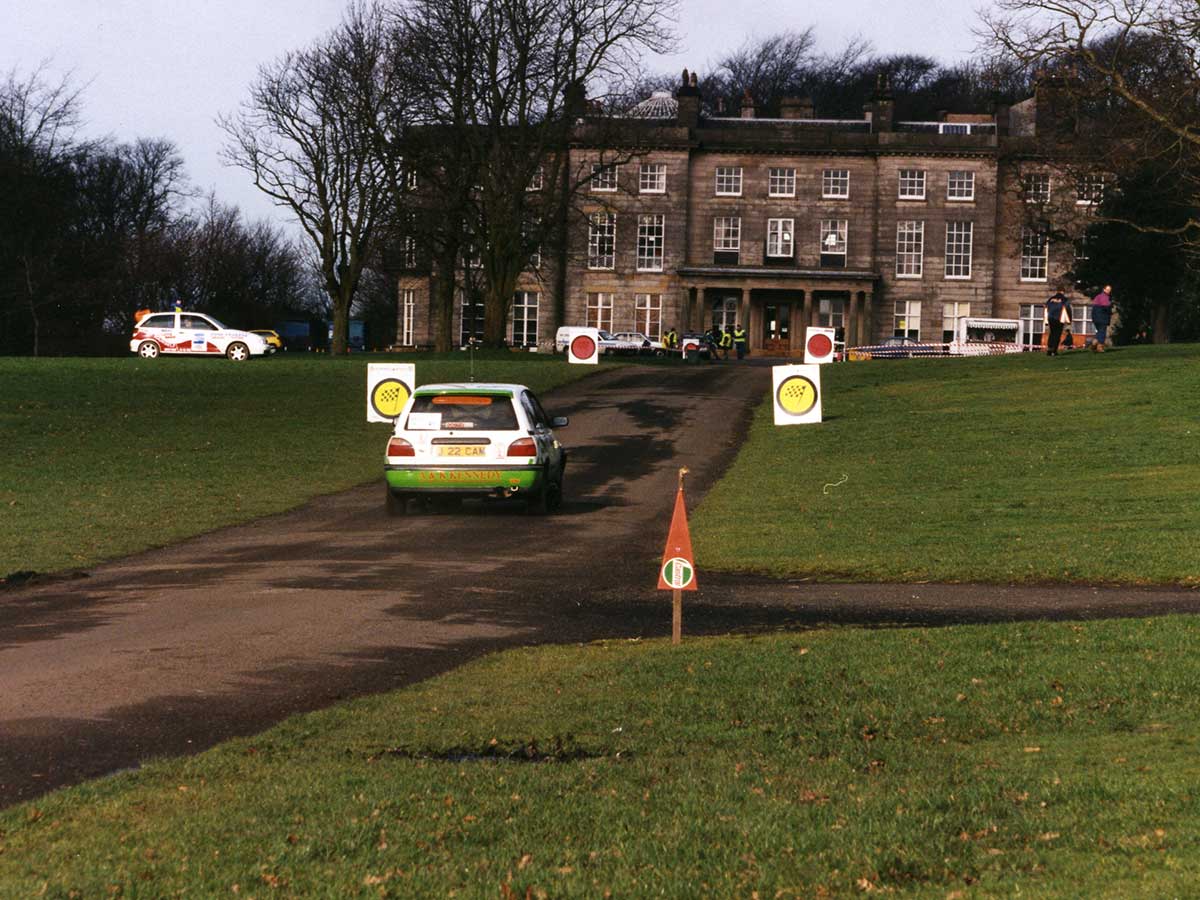 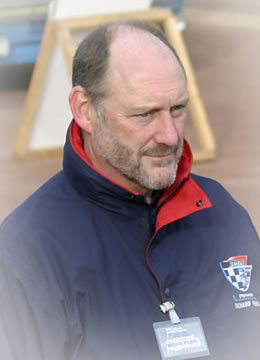